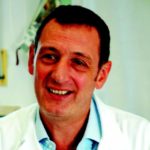 Our institution is a level 1 Trauma Center serving a population of approximately 1,250,000 which grows to over 2,000,000 during the summer due to coastal tourism.

Giorgio Gambale, 1955 – 2015, anesthesiologist-resuscitator at the Ospedale Maggiore Hospital, Bologna, has dealt with traumatology and organization of the trauma systems and was among the protagonists of the launch, the first in Italy, of helicopter medical rescue. Later, at the Morgagni Pierantoni Hospital, Forlì, he contributed to the coordination of surgical block operations, developing a computerized system for the safety and efficiency of the operating pathways that received awards at European level. Director of Anesthesia and Intensive Care at the Maurizio Bufalini Hospital in Cesena, he led the Emergency Department of the same hospital. His professional and human experience is told in “The medicine according to Captain Zantax”, published in April 2015.